Analyzers are shipped as Docker images to execute within a CI pipeline context. This guide describes development and testing practices across analyzers.

There are a number of shared Go modules shared across analyzers for common behavior and interfaces:

How to use the analyzers

Analyzers are shipped as Docker images. For example, to run the Semgrep Docker image to scan the working directory:

To update the analyzer:

Here’s how to create a Docker image named analyzer:

For example, to test Secret Detection run the following:

You can also compile the binary for your own environment and run it locally but analyze and run probably won’t work since the runtime dependencies of the analyzer are missing.

Here’s an example based on SpotBugs:

Enabling SAST requires including a pre-defined template to your GitLab CI/CD configuration.

The following independent criteria determine which analyzer needs to be run on a project:

Step 1 helps prevent wastage of CI/CD minutes that would be spent running analyzers not suitable for the project. However, due to technical limitations, it cannot be used for large projects. Therefore, step 2 acts as final check to ensure a mismatched analyzer is able to exit early.

How to test the analyzers 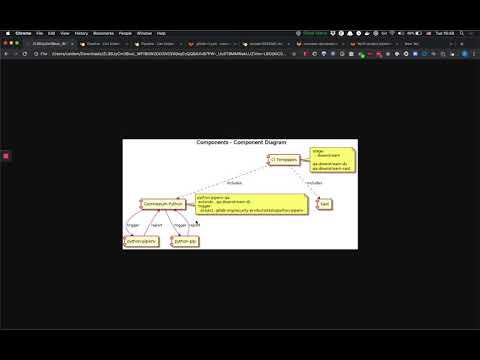 To test local changes in the shared modules (such as command or report) for an analyzer you can use the go mod replace directive to load command with your local changes instead of using the version of command that has been tagged remotely. For example:

Alternatively you can achieve the same result by manually updating the go.mod file:

To use Docker with replace in the go.mod file:

The analyzer-scripts repository contains scripts that can be used to interact with most analyzers. They enable you to build, run, and debug analyzers in a GitLab CI-like environment, and are particularly useful for locally validating changes to an analyzer.

For more information, refer to the project README.

Analyzers are independent projects that follow their own versioning. Patch version bumps tend to correspond to a Minor version bump of the underlying tools (i.e. bandit), allowing us greater flexibility in reserving Minor bumps for more significant changes to our scanners. In case of breaking changes imposed by the wrapped scanner, creating a new analyzer on a separate repository must be considered.

The analyzers are released as Docker images following this scheme:

To release a new analyzer Docker image, there are two different options:

After following the above process and creating a new release, a new Git tag is created with the Tag name provided above. This triggers a new pipeline with the given tag version and a new analyzer Docker image is built.

If the analyzer uses the analyzer.yml template, then the pipeline triggered as part of the New release process above automatically tags and deploys a new version of the analyzer Docker image.

Use your best judgment to decide when to create a Git tag, which will then trigger the release job. If you can’t decide, then ask for other’s input.

The following must be performed before the automatic release process can be used:

After the above steps have been completed, the automatic release process executes as follows:

Steps to perform after releasing an analyzer

Never delete a Git tag that has been pushed as there is a good chance that the tag will be used and/or cached by the Go package registry.

Create an issue if there's something you don't like about this feature.
Propose functionality by submitting a feature request.
Join First Look to help shape new features.

View pricing to see all GitLab tiers and features, or to upgrade.
Try GitLab for free with access to all features for 30 days.

If you didn't find what you were looking for, search the docs.


If you want help with something specific and could use community support, post on the GitLab forum.


For problems setting up or using this feature (depending on your GitLab subscription).